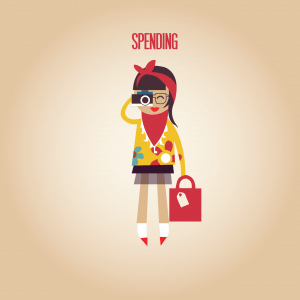 In an interesting study from BIA/Kelsey, it was found that nearly 18% of Hispanics surveyed said they use YouTube for local shopping, compared to roughly 10% of their non-Hispanic peers.  When considering the use of digital coupons, 84% of U.S. Hispanic consumers reported they performed online search for a coupon based on a peer recommendation, which compares favorably to only 71% of all U.S. consumers, which was an insight discovered from a U.S. consumer survey from Valassis. Further in that same report, 70% of U.S. Hispanics reported that they have used digital coupons found through social media, compared to only 54% of all consumers surveyed.  Finally, 61% of Hispanics stated having shared coupons via social media, compared to only 40% of all consumers.

Hispanic Millennials over-index in interacting with actors, artists and brands on social media channels. Therefore, brands should consider relationships with influencers as they are very important to this market group in their purchase decisions. In fact, U.S. Hispanics are twice as likely to seek celebrity-inspired fashion looks versus the U.S. general market.

Want the full report with all 8 insights? Get it emailed to you by requesting it below.