The Horrors of Cross-Cultural Advertising Translations

When it comes to translating a word or a sentence to another language the quickest way is to use an online translator that gives you a hopefully near-perfect translation. But what happens when these go wrong?

Brands and agencies spend millions of dollars each year translating their content to precisely share their message with speakers of a foreign language, or residents of another country. However, the high expense does not necessarily mean that the message will directly translate and be culturally relevant to the consumer. As we examine deeper, American companies have made some funny, yet horrible cross-cultural advertising translations to Spanish speakers worldwide. These errors have likely cost the companies dollars as well as lost opportunities to make relevant cultural connections with potential new clients.

A prime example of a historical translation error was when Parker Pen marketed their ballpoint pen in Mexico. Their English ad slogan was, “It won’t leak in your pocket and embarrass you.” Though, the company mistakenly thought that the Spanish word for ’embarrass’ was embarazar, which actually means to be pregnant. The Spanish ad comicly stated, “It won’t leak in your pocket and make you pregnant.”

A hard lesson for Braniff Airlines in the 1970’s was the translation of their slogan “Fly in Leather” which did not take off with the Spanish-speaking audience. The marketers in charge of this translation incorrectly adapted the slogan in Spanish as Vuela en Cuero which means “Fly Naked”.

Coors: Wrong in so many Ways 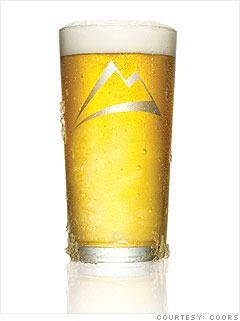 Coors also wanted to get in the game with their own poor translation and hoped to inspire the Mexican audience to ‘Get Loose with Coors’ as had worked so well in the U.S.  However, it is reported (however there is speculation as to whether the ad ever made print) that Coors directly translated this slogan as Suéltate con Coors which roughly means to experience diarrhea with Coors. Refreshing indeed.

While Coors dropped its use of direct translations in the most recent decade, they are far from error free. They succeeded at infuriating Puerto Ricans everywhere in 2011 when they launched the Emborícuate campaign in time for the New York Puerto Rican Day Festival. By inventing the word emborícuate, which can be construed as a play on words of the expression ‘to get drunk’, offended Puerto Ricans took issue as it implied that is was more important in their culture to get drunk than to celebrate this important day. 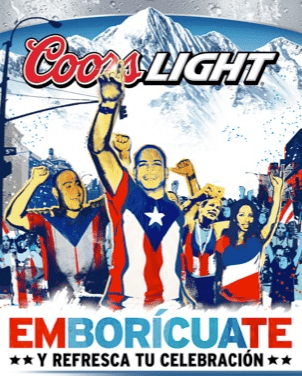 A final example, this time from an Italian brand is Traficante, a mineral water, which was introduced in Spain. The word traficante in Spanish means drug dealer which obviously is not a name that will make water bottles sell.

What did we learn about Cross-Cultural Advertising Translations

In the end, what we can learn from these companies is that directly translating an advertisement for speakers of a foreign language without understanding the culture can backfire. As noted by the Coors Emborícuate example, an adaptation without thorough thought as to its impact with Hispanic consumers can also cause a major fail. Brands need to take time to thoroughly understand cross-cultural advertising translations and that some words can have offensive meanings in the context of a sentence.

Read on about the top 4 ways to translate a website to Spanish.