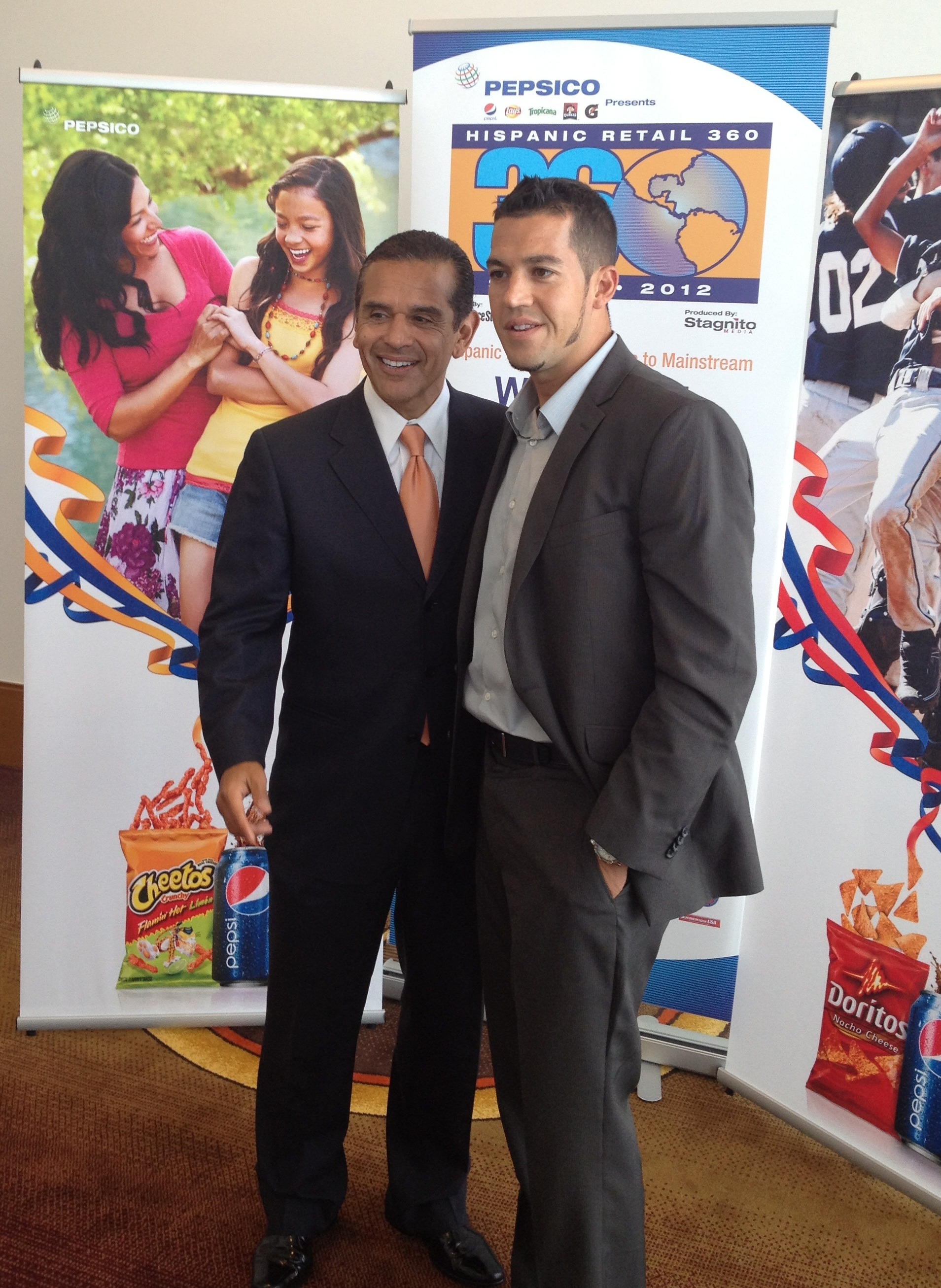 Every year there are scores of conferences that beckon my attention. They all claim to be the go-to event where you will not only learn key strategies, but also have the chance to connect with important people that will help your business grow.  Of course the budget of a small agency will not allow me to attend all conferences so I must be wise as I selectively choose. That said, last week I attended the Hispanic Retail 360 Summit in Los Angeles and I was extremely satisfied.

Overall, from a marketers perspective on making connections, their is no better Hispanic marketing conference. That is a tough comparison too because the LATISM conference has great content, Hispanicize is quickly turning into a Latino version of SXSW, and both bring in great crowds.  However, in LA last week every time I sat down, I found myself surrounded by marketing directors and managers running some of the most iconic U.S. brands. And they were great, inspiring people who were normal and genuine; I spoke with the Stop & Shop marketing manager about efficient work-spaces. A Best Buy VP personally invited me to a gala in the city honoring the mayor of Los Angeles among others. I even spoke with an executive from Home Depot about the use of Spanglish in marketing products such as Sheetrock and Sawsall. 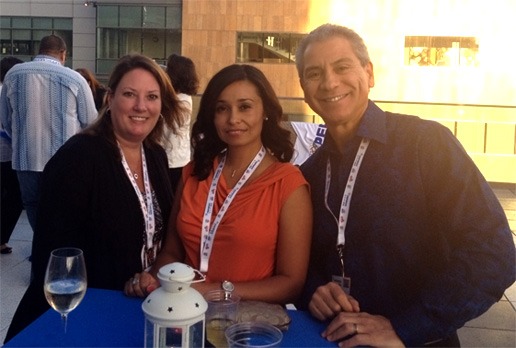 Enjoying a few cocktails at the opening reception of the Hispanic Retail 360 Summit. Pictured: Meghan Becker of Stagnito, Natasha Pongonis of Social Media Spanish, and Joe Ray of EB Lane.

As for the content I was quite impressed with the presentations provided by the sponsors and other presenters. A standard powerpoint did not cut it here. Javier Farfan from presenting sponsor Pepsi, and José Barra from Target wowed the audiences with cutting edge video showing off their latest advertising campaign strategies. Advance Auto Parts stepped it up with inspiring speaker, Tony Suarez, who led the audience on an impassioned view of the needs of the Hispanic auto parts consumer.  A visit by renowned mayor of Los Angeles, Antonio Villaraigosa as well as actor JR. Martinez really delivered the motivation needed on an early Thursday morning. I found out that Martinez was much more than just a soap opera star and how much the mayor really does for the city of Angels.

On the eve of the final day of the conference, I spoke with a conference organizer who asked me what was the best session I attended. I answered easily that it was the Spanglish workshop. My colleague from the dessert, Joe Ray of EB Lane, led the session which turned into a fun group conversation about how and why Spanglish is increasingly used in advertising. Joe did something extraordinary by distributing handouts displaying Spanglish ads on billboards and other forums. It was a simple, yet brilliant way to spark conversation as so rarely do you get to hold something as you discuss a topic. I think most attendees felt younger instantly thinking back to the last time they had used handouts in their 9th grade science class. And when you have an engaged, forever-young audience, the conversation just flows.

Wish I Had that Hour Back

The least impressive session I attended was one that focused on social media, ironically. It was a classic case where the moderator tried to do too much. Basically, she aimed to give wings to a free flowing discussion on social media marketing strategy, but it just never got off the ground. The main problem was that she asked each of the 40+ people attending the session to give their name, company, and why they were there, which sounds simple enough except that the introductions turned into soliloquies. The secondary problem was that she seemed most motivated to inform people, especially those representing deep-pocketed retailers, about her own firm’s capabilities. As I left and realized I learned little, I knew the lesson for future workshops was to keep it simple and that self-promotion should be kept to a minimum.

What it’s All About

Most importantly to a marketer who travels to a conference is the ability to connect with key people.  I was quite satisfied as I have began a number of promising relationships as well as generated several business leads from the conference. Many of those people I spoke to from large retailers, I connected with on a very personal level and I believe may consider my agency eventually when they look to expand their marketing digitally towards Hispanics.  Also, I was quite happy to make a connection, which is quickly transforming into a strategic alliance, with a strong traditional marketing agency based in LA. 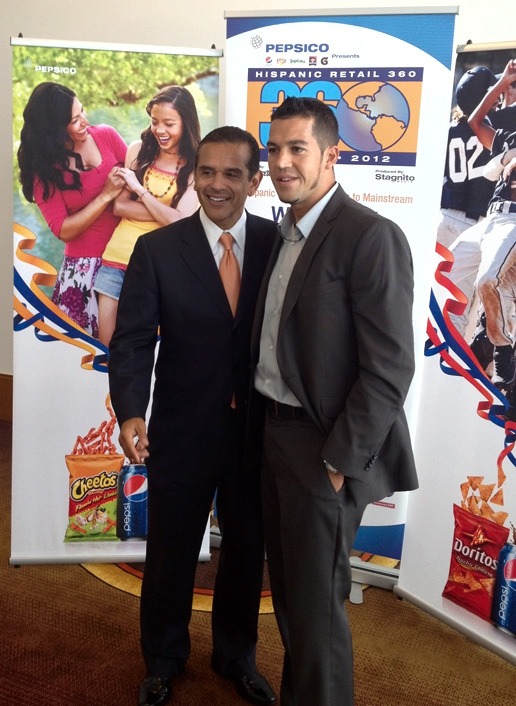 A break in the action at the Hispanic Retail 360 Conference. Pictured: Mayor of Los Angeles, Antonio Villaraigosa and myself (Eric Diaz).