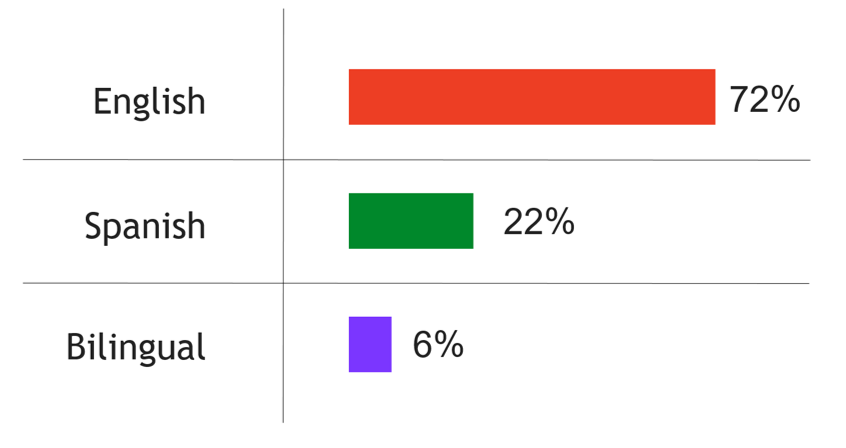 The (Data Validated) Latino Language Choice when Advertising to Hispanics

There is no doubt about it, Spanish is here to stay. In fact, national statistics show that by 2034, 70% of U.S Hispanics aged 5 and older will speak some level of Spanish at home. However, to be noted is that this same research study confirms that 93% of US Hispanics speak English at some level today. Additional research studies show that Hispanics that consume digital content are overwhelmingly English speakers.

Following this trend on social media, the OYE! Intelligence research platform was utilized to find what was the Latino language breakdown of U.S. Hispanics in various industries with heavy daily conversation. The OYE tool is not a survey, instead relying on natural conversation that it anonymously collects to provide insights on specific trends. Through the Hispanic social listening tool, it was found that in the Hair Products Industry, English was the dominant language at 63%, followed by Spanish at 28% and Bilingual at 9%. The OYE platform identifies bilingual as any social media post which contains at least one English word, and one Spanish word. 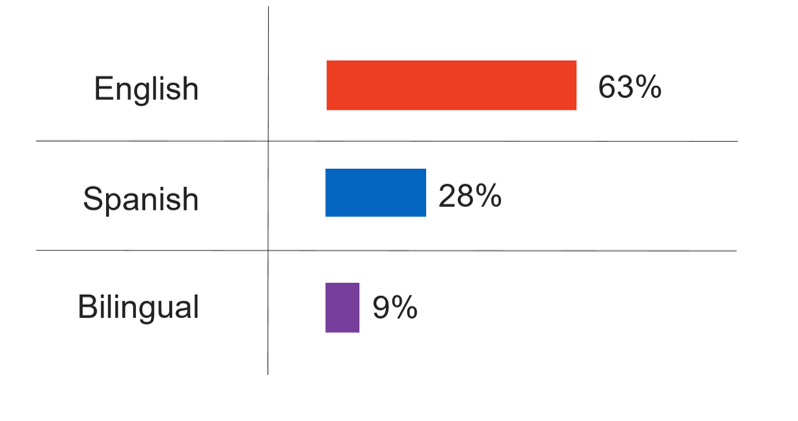 Other industries showed similar language breakdowns among U.S. Hispanics. The QSR (fast-food) industry shows that 72% of Hispanics on social media used English as their language of choice, while only 22% chose Spanish and 8% spoke bilingually. To be noted is that from the full case study, brands that lead the conversation in Spanish, such as with a Spanish-language Facebook page, had much higher Spanish/bilingual mix than did those brands that did not lead the conversation in Spanish.

Even more telling towards the tendency for Hispanics to speak in English on social media is the research into the financial services industry, including banking and life insurance. Data from OYE! Intelligence shows that over 82% of the Latino language choice among this audience was English about these topics.

What the Latino Language Trend Means for Marketers

Understanding that online Hispanics tend to use English can provide great guidance into the large portion of the Hispanic audience that would be missed with a Spanish-only campaign. On the topic of education, the tool recently discovered that 85% of education conversation in the southwestern United States occurs in English. This shows that young Hispanics are very often English-speaking first, while mixing in Spanish hashtags in their posts.

In a subsequent article, Nativa will look deeper into this topic and how it relates to current Hispanic marketing campaigns. It has been said by proponents of total market strategy (one strategy that encompasses all ethnicities including Hispanics) that the reason why Hispanic campaigns are failing is that agencies are not taking the English speaking Hispanics into account and finding ways to provide culturally relevant content to this group.

But as the data from the case studies above shows marketers, if you are a brand looking to target the Hispanic market you should be thinking about the English-speaking Hispanic consumer. Especially if you are leading through digital channels.