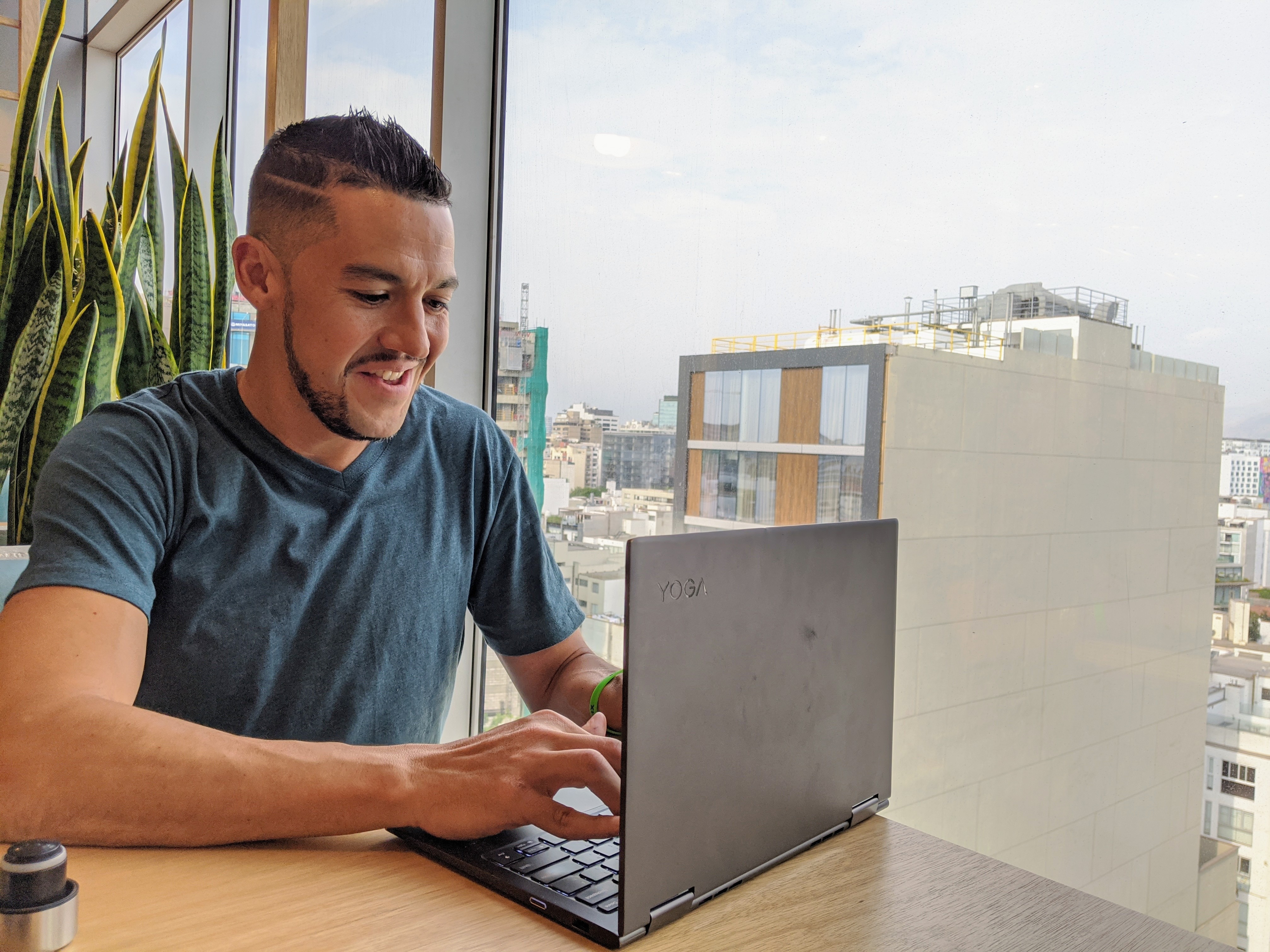 Out of Home AdvertisingTraditional Hispanic Marketing

“I was only looking at the billboards.”

This is what I thought when I first saw the flashing police lights. The Peruvian police officer who pulled me over, with weapons on his hip, could see my fear. As he looked me up and down, he barked “Ven conmigo”, commanding me to get out of the car. I turned off the engine and slowly climbed out of the Renault wondering if this might be one of many lessons to learn from my experience from over a month working in Latin America.

I still remember the rejection feedback we received from our lost proposal, “Not enough local expertise.” Just two months earlier our agency, Nativa, had lost an RFP for a pitch for a global hospitality company that was concerned with our lack of feet on the ground in Latin America. The brand rightly wanted to select a firm that employed a team with significant expertise working in their targeted regions. To resolve this for future pitches, I spent February of this year working in Lima, visiting Peruvian ad agencies by morning, and commuting via video conference in the evenings with my U.S. colleagues.

The idea was to learn which ad agencies we might be able to partner with for the next big Latin American opportunity. As I had nearly a month to meet these partners, I decided to vary up the type of agencies and met with a digital advertising agency, a creative agency, an Out of Home agency, a digital design firm, and a PR firm.

From these experiences working with Latin American ad agencies, I learned 5 important lessons, which I would like to share below.

Hola Lima! As we pitch on increased LATAM projects, we are in search of LATAM partners. This week finds Nativa partner Eric Diaz in Lima, Peru meeting with various top digital and advertising agencies in the city of kings 🇵🇪 #Peru #USA #AdvertisingAgency #Partners #LATAM #AgencyLife

Pictured above: Proof that I actually was working in Lima.

On my first two Peruvian agency visits, due to my questionable scheduling of taxi/Ubers, I always ran a few minutes late. But I thought, ‘Hey it’s Latin America, things run late. Right?” Wrong. The old axiom I remember from my previous experiences in South America seemed to be poorly placed in a business setting. Needing to change my strategy, I adjusted my planning for my second round of visits. I found I got far more out of my meetings where I was the first one to arrive. When I didn’t have to apologize for being late, I received more respect and was able to obtain more value from the meeting.

2. Out of Home (OOH) Advertising is exponentially more Bad@ss than in the U.S.

In Peru, the Out of Home Advertising is out of this world. Likely because of differences in regulation and due to the fact that many people spend over 10 hours a week in their cars in the Lima region, the out of home advertising is just fantastic.
While U.S. OOH ads are very much focused on what digital experiences they provide, the imagination of Peruvian creative agencies, teamed with the opportunities provided by seasoned OOH agencies can be seen on brilliant display on the side of the Panamerican South highway.
I was glad that among my visits, I had the opportunity to meet with the OOH market leader in Peru, which holds a significant margin, even over U.S. based Clear Channel Latin America.
The extensive use of details on billboards that extend past ‘the box’, sequenced billboards that tell a story as you drive, and what OOH designers are able to do with moving advertisements, and more is just amazing. See a few examples below. Above: A standout Coca Cola billboard about 1 hour south of Lima. Above: Lifelike people scale this massive Subaru billboard on the drive to the beach south of Lima, Peru.

As our work at Nativa is often very focused on multicultural groups, I wondered how the multicultural audience is communicated to within Peru, which is defined as 60% mestizo1, 22% Quechua, 6% white, 4% black, and 4% Asian. I was educated by my agency colleagues that in general, agencies and brands segment consumers by 5 socioeconomic status levels and that the top two highest economic classes of people are what would be most similar to the US middle class, with a significantly higher median income than the bottom 3 levels. Overall, the Peruvian GDP per capita at $14,719, is about 23% of that in the U.S. The bottom three economic classes of Peruvians collectively have very significant purchasing power but individually are part of the 20% of the Peruvian population who are considered in poverty. The ad executives further explained that the main differences in marketing are really focused on the different socioeconomic status levels that people are within, rather than by ethnicity. I found this very interesting overall, and with some similarity to how agencies in the U.S. market to certain specific non-Hispanic ethnicities.

4. Think outside the box when it comes to Ads

I was amazed at how often I would notice advertising, frankly where I did not expect to see them. On a stroll to the central square in downtown Lima, there is advertising everywhere. In fact, there is a consistent stream of human billboards that walk around with a mix of professional and ad-hoc structures to support the advertising they are carrying on their body.

Additionally, when at the important cultural event celebrating La Virgen de Candelaria in Puno, Peru, I was impressed with the improvised advertising I would see on rooftops, far off, but still visible from the main event. See image taken from the event below.

I was instructed by my agency colleagues that outside the box works well within the Peruvian advertising market and that as the quantity of people connected to the internet is increasing by 10% every year, it is increasingly important for digital ads in Peru, which currently make up 20% of ad budget spend.

5. You can Negotiate on Almost Anything

I remembered from visiting Peru as a teenager that prices are often negotiable on items such as cab fare, souvenirs, and more This was reiterated by the Latin American agencies that I met with whom when we started talking price, all mentioned that any price is negotiable, depending on other factors that were presented. Negotiable advertising variables include the length of the campaign, how far ahead I would plan it, the use of their agency for ancillary services, and more.
Additionally, I learned on my last weekend in Latin America that I needed to apply arbitration in more situations. Upon a morning departure from the city of Kings heading south towards the well-known vineyards of southern Peru, I had just finished discussing the composition of one particular Inka Kola billboard when I heard the unfamiliar trill of a police siren. I pulled over to the side of the sunlit highway and wondered what I had done? The burly highway officer explained that headlights are necessary at all times when driving on Peru’s highways. After a few tense moments, and still not understanding why I would need highlights switched on in broad daylight, I paid a cash bribe of approximately U.S. $65 to be out of the difficult situation and was glad to be on my way.
Upon telling my cousins the next day, they were underwhelmed by my negotiation skills. “Have we taught you nothing?”, a cousin asked incredulously. She assured me, that next time I am pulled over, I should be able to easily negotiate down to 25% of what I paid. Lesson learned. Above: A day in the We Work Miraflores (Lima) shared office space.

As I mentioned, I learned great 5 lessons along the way during one-month living and working in Latin America. So on my next trip to Montevideo, Panama City, or Sao Paolo, I will brush up on these lessons before boarding my flight. And whether in Latin America or not, I will never miss an interesting out of home advertisement as I drive by. I won’t miss an advertisement, because (of course) my headlights will already be on.
——————————————